Looking Back at 1995 through 2013: Growth in Business and Jobs in Sonoma County

Americans are fascinated with the big, bigger, biggest of business—the Zeitgeist of modern economies. From grand oil companies, chemical manufacturers, automakers, agri-behemoths, global banks, high tech giants and big steel, we've been enthralled with bigness. We marvel at the sheer size of buildings, offices around the world, massive acres of land, thousands of employees, and billions of dollars in sales.

I think we'll always be amazed at this, because, despite the obvious problems of too big to fail (now they tell us), it's quite a human accomplishment in organizational management—a disciplined practice that only began in the last half of the past century. That achievement has done more to push us into the post-capitalist society than anything else. Knowledge workers and the new "society of organizations", as Peter F. Drucker called them, will usher in a new coordination of specializations that we see in the agile businesses today. They don't necessarily have to be small, but they will be rapid innovators.

How do we develop our local ecosystem of organizations - private sector, public sector and social sector, to foster innovation and exploit our knowledge-bases? Most likely we'll see new start ups and expansion start ups lead the way, and they will no doubt be smaller businesses of fewer than 100 employees.

What's happened in Sonoma County business and job formation since 1995?

The number of establishments (total number of locations for business and noncommercial organizations) grew at nearly 4 times the rate of growth of the general population.

What's also occurring is the average size of establishments is getting smaller, even as they're more plentiful, and produce the lion's share of sales, even though per capita establishment production is smaller. Resident private-sector businesses with less than 100 employees contributed $15.3B or 65% of the $23.7B GCP for 2013. That's about $3B more than they produced in 1995.

Additionally, those Core establishments (Resident business with less than 100 employees serving the local market) represent 66% of all jobs.

Sonoma County is not only strong on a local level; we're active in the global economy. Our local businesses benefit by exporting, and in turn the local economy benefits. Nationwide among 3,221 Counties, Sonoma County ranks 11th in the Food Processing and Manufacturing sector. GO LOCAL's food and beverage sector program, "MADE LOCAL", strives to increase the sales and market share of locally owned businesses in that sector, plus increase share for local retailers.

That's a significant contribution to our local strength, because consumer spending represents 70% of economic activity. Where your dollars go, so goes the local economy.

Our local brands and retailers need to rise to the top level of market share in Sonoma County. As they rise, so rises the positive economic impact of local multipliers.

For many years the local first community has used economic multiplier theory to represent efficacy of local first initiatives. It seems common sense that those studies apply. But not everyone accepts that premise.

That's why Rupasingha's study is so important—it affirms an economic development strategy that is replacing the worn out strategy of "attraction of large businesses" to a local area. Smokestack chasing, as it was once called, has proven to be a race to the bottom for local communities.

"The development of local entrepreneurship can lead to a diversified economic structure that will protect the local economy from being overly dependent on one firm or establishment, or one industry."

There are programs in Sonoma County that support and encourage development of small businesses. Access to capital for startup and early stage expansion is the number one challenge for entrepreneurs. Micro-loans have provided some measure of relief, but not nearly to the degree that is needed to fulfill demand for funds. SBA loans have been useful for the next tier of needs, i.e. expansions. The Sonoma County Economic Development Board (EDB) and Working Solutions (micro-loan lender) are collaborating to expand the pool of funds available.

All in all, Sonoma County represents a healthy small business ecosystem primed for growth, and two things need to happen to fulfill that promise. Consumers (private, business, social and public spheres) have to choose local businesses first when making purchases. Secondly, resources to help businesses start and expand must be available and outreach to businesses successful.

After access to capital for start ups and expansions, the most critical skill for entrepreneurs is cash flow management. Too much emphasis by well-meaning support organizations focus on instructing owners how to write business plans to get loans. While that is important, it has little to do with actual operations driven by the daily availability of cash. Cash flow is king and entrepreneurs, above all, must learn to manage cash flow even in the face of mounting losses in profit and loss statements. More often than not, a young business has to grow its way out of cash flow pitfalls, which means sales and marketing become the most important activity around which to rally its employees.

That's why GO LOCAL has chosen to focus solely on marketing to drive higher sales for member businesses. That result provides capital (cash) from sales, and more importantly creates new customers while helping to retain existing ones.

"To create jobs and build strong economies, states should focus on producing more home-grown entrepreneurs and on helping startups and young, fast-growing firms already located in the state to survive and to grow ― not on cutting taxes and trying to lure businesses from other states."

Year of the Entrepreneur (YOTE) at EDB 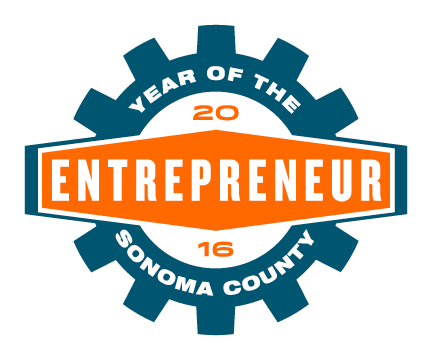