All levels, all styles, specializing in vocal technique.

I always knew that I wanted to be a teacher, and my mission became to be the teacher that I never had. I teach because it is exactly what I want to do and what I trained to do. My goal is to combine excellence in education with mastering skills that lead to artistic and emotional expression. These are transferable tools that will last a lifetime.

I am a professional singer and have been teaching piano and voice in the United States as well as England, Germany and Belgium since 1983. As an undergraduate at The San Francisco Conservatory of Music I was probably the only student who did not know how to read music—that’s right, after years of piano lessons and thousands of dollars, I had not learned the rudiments of the only language besides math that is universal: music notation. I was accepted due to my audition and “natural voice”, not my musicianship. In spite of this I embarked on a career in music…… an uphill battle because I did not have good training when learning to play the piano as a child.

What ages do you teach?

Singing lessons should begin when the vocal cords are fully developed. This usually occurs around the onset of puberty, about age 12 in girls and when the voice has “changed” for boys.

Why don’t you teach younger children?

Many good voices have been ruined by beginning singing lessons before it is physically appropriate to do so. The vocal cords, when not fully formed, cannot withstand the demands placed on them and the risk of permanent damage becomes an issue. Instead sing in a chorus or recreationally but leave formal training until the body has matured. Learning to read music and playing the piano are a good foundation for vocal training later on.

Will your method work no matter what style of singing I want to do?

Whether it’s Music Theater, Opera, Jazz or even Pop, all songs use some variation of the same vowels and consonants. If you played basketball you would need to master the same skill-set (dribbling, shooting, running, etc.) no matter how they turned up in a game. Singing is no different. By working on skills individually you are able to efficiently master coordination—this results in technique becoming “second nature.” Style is really just that, a matter of interpretation, not the mechanics of playing your instrument.

What kinds of songs will we work on?

Once a level of technical ability is reached you can work on anything you like. However I will also give you pieces that will challenge your current level and move you on to the next.

I am having problems with only one thing, will I still benefit from lessons?

The voice is like a seesaw—when one thing (like high notes) is a problem it indicates that something is out of balance or alignment. The only way to “fix” one problem is to improve coordination overall.

How long do lessons last?

45-minutes is the minimum, however one hour is the gold standard and allows ample time to include repertoire. For those needing to rehabilitate their instrument due to damage (i.e. nodes, vocal cord swelling, etc.) two 30-minute lessons per week is recommended in order to build up stamina and kinesthetic memory.

How often should I have a lesson?

If you are just beginning, then once a week is sufficient. Those who are serious about pursuing a career should consider twice weekly for at least 6 months. And if you are coming to me on a doctor’s recommendation due to damage from poor training or vocal misuse, the more often the better. 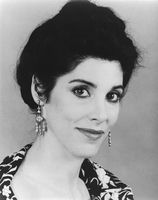 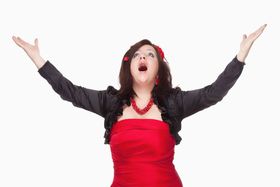 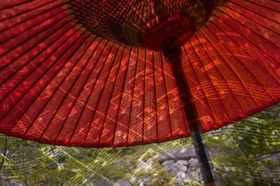